The “fine-tuning” argument, also known as the Anthropic Principle, is a well-known principle used in the creation vs. evolution debate. The argument is used as evidence that there is a God, and that the universe couldn’t have come about by chance and natural processes. The universe, for example, is only habitable for life on earth due to the precise effects of gravity, nuclear forces, electromagnetic forces and the laws of physics. These forces hold together stars, planets, atoms, molecules and chemicals, and without them there would be no life. 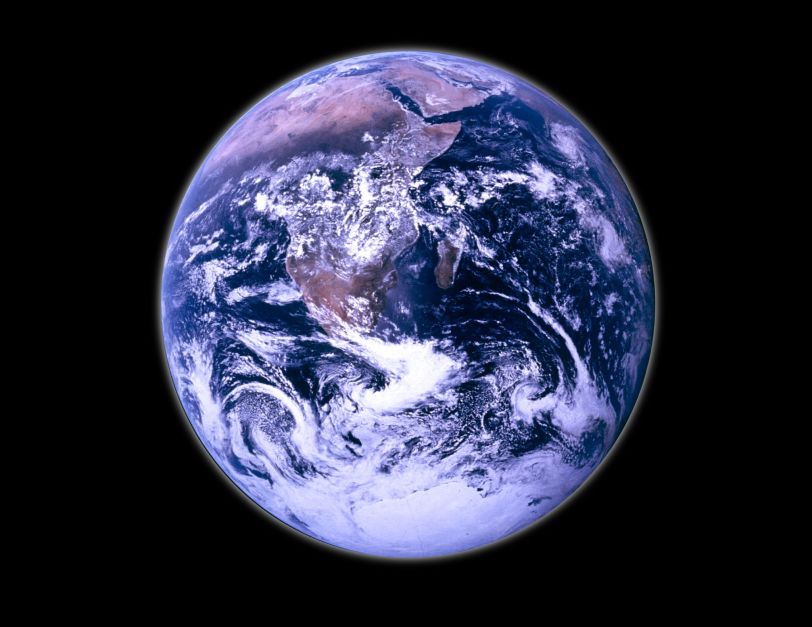 Briefly, if the electromagnetic coupling constant were smaller or greater than what it is, fewer electrons could be held, or the electrons would be held too tightly to bond with other atoms. If the ratio of electron to proton mass isn’t what it is, then molecules couldn’t form. The electromagnetic and gravitational forces that exist are necessary for stars to be stable. If the sun was another color, plants wouldn’t be able to utilize photosynthesis. If the sun was larger, we’d receive too much radiation; the earth would need to be further away, and that would drastically affect the weather and cause many other problems. If the sun were smaller, the earth would need to be closer to it, and that would disrupt the earth’s rotation. The earth’s gravity is just right for the tidal forces exerted by the moon, etc.

These are just some of the problems we’d face if God hadn’t been there to adjust the “knobs” of the universe. He made sure the sun was the right size, color, mass and distance from the earth so that plant and animal life would not only exist, but flourish. The earth is also the right size, has the right rotation, axial tilt, magnetic field, protective atmosphere, and other factors for man to exist without being fried or crushed. Man shares a type of symbiotic relationship with animals and plants, and there’s an abundance of natural resources for us to harvest and use. The earth is robust and capable of cleaning itself with rain and water, ridding itself of pollution.

And if we leave the earth, we can see just how inhospitable the rest of the universe is. There’s a reason why astronauts have to wear protective spacesuits. Beyond earth, the universe is completely baron and lifeless.

Theistic evolutionist Karl Giberson considers the fine-tuning of the universe and marvels at how remarkably orderly it is. He likens the universe to a set of equations that had to be tuned in the right way as to create life. He says “knobs” had to be tuned for gravity, the conservation of energy, nuclear forces and repulsion, and without them we couldn’t have life. He says the universe doesn’t look like a random, disorganized explosion- it looks like a symphony. Atoms are endlessly recycled without deterioration, and we’re the right distance from the sun for the earth to have liquid water, which provides an environment for diverse life.

I’d further argue that natural processes couldn’t account for all these features. Perhaps it could account for two or three features being perfectly tuned by chance, but not dozens of features by a single Big Bang. The laws of probability defy such logic.

Even the former atheist Sir Fred Hoyle acknowledged the design of the universe, and this realization left him “greatly shaken.” He found that one particular nuclear reaction which generates carbon would require the carbon nucleus to have a very specific resonance energy, otherwise it wouldn’t work. And the energy levels were so unlikely that he wrote, “Some super-calculating intellect must have designed the properties of the carbon atom, otherwise the chance of my finding such an atom through the blind forces of nature would be utterly minuscule. A common sense interpretation of the facts suggests that a superintellect has monkeyed with physics, as well as with chemistry and biology, and that there are no blind forces worth speaking about in nature. The numbers one calculates from the facts seem to me so overwhelming as to put this conclusion almost beyond question.”

Hoyle, known for comparing the likelihood of the origin of life to a tornado sweeping through a junk-yard and assembling a Boeing 747 from the materials, also compared the chance of obtaining even a single functioning protein by chance combination of amino acids to a solar system full of blind men solving Rubik’s Cubes simultaneously.

I think the fine-tuning argument is evidence that the earth is perfectly suited to be our home, just as the Bible claims. Evolutionists must believe this is all an accident, regardless of how improbable.

However it shouldn’t come as a surprise that secular scientists reject the fine-tuning argument and offer other explanations without relying on the existence of God. Some claim that the universe could be tuned in any number of ways, as long as it was counter-balanced. Some find the coincidences unremarkable. Others claim that these principles are the case because the universe “compels” conscious life to eventually emerge. And still others claim that these principles are an illusional bias- only a universe where intelligent organisms existed would they be capable of observing this fine-tuning, while another universe without intelligent beings would be unaware. Or they claim that we shouldn’t be surprised that the universe isn’t incompatible with our existence, otherwise we wouldn’t be here to notice it. Other skeptics appeal to the laws of probability, especially if there are an infinite number of universes; if granted any level of probability at all, then given enough time, there’s a chance, and that’s good enough! (I couldn’t help attaching the following clip from the movie Dumb & Dumber to illustrate the absurdity)

Nonetheless, these responses aren’t very satisfying. If a creationist offered such philosophical rebuttals, evolutionists would soundly reject them as non-evidence. It’s as if they’d rather ignore the obvious conclusions based on the evidence- that the universe and earth were created and designed by God.

Lloyd: “What do you think the chances are of a guy like you and a girl like me ending up together? What are my chances?”

Lloyd: “Not good, like one in out of hundred?”

Mary: “I’d say more like one out of a million.”

Lloyd: “So you’re telling me there’s a chance… yeah!”

4 thoughts on “The “Fine-Tuning” Argument”