I’m thankful for the opportunity to attend this year’s Westminster Conference on Science and Faith held on April 6th and 7th. The conference was titled, “Theistic Evolution: Why or Why Not?”, and I think the theme is quite relevant to today’s culture. In this post I’ll provide a brief overview of the first session from Friday night.

Theistic evolution can be defined in a number of ways when applied to the existence of life on Earth (or elsewhere). I would define it as a belief in some kind of supernatural being(s) who used evolution as the process by which all life on Earth is related to a single common ancestor. Further, this evolutionary process was completely naturalistic and not supernatural.

Dr. Vern Poythress was the lead speaker, and he pointed out that theistic evolutionists have relabeled this term and now prefer to be called ‘evolutionary creationists’. But whatever term they use, they accept some form of evolution, whether it’s “biological change over time”, microevolution or macroevolution. So the description can be applied broadly. They’ll typically agree that all living things developed by continuous, gradual biological changes, but what strikes me is the idea that they consider these changes unguided or undetectable, with no evidence of design. Yet they may maintain that God was somehow behind it. I don’t really understand how they can have it both ways because it seems contradictory.

Poythress agrees and asks if this idea is logical or coherent. Is evolution (if one believes in it) guided or not? He explains that they seem to take the position that evolution is ‘undetectably guided’, but this doesn’t sound coherent to me, and doesn’t have any Biblical backing that I’m aware of.

To this end, I believe the Bible is God’s revelation to us, and that it is reliable and accurate. Second, As Poythress observes, the Bible explains that we can observe God’s design in nature. Romans 1:20 tells us that we can clearly see God’s eternal power and divine nature through his creation, being understood from what he has made. Psalm 19:1 tells us that even the heavens declare the glory of God, with the skies proclaiming the work of his hands. And Matthew 6:28-30 explains that it is God who clothes the grass of the field. Further, the Bible describes many miracles from Genesis through Revelation, so I see no good reason to deny or diminish God’s creative power and design. I think it’s more reasonable and consistent to accept the six days of creation described in Genesis 1 and 2 as ordinary days.

If the Bible is trustworthy and true, then we should be able to detect God’s creative work, and there’s plenty of evidence to suggest that that is the case (even atheists agree). The origin of life, for example, has been a dead-end for evolutionists, and the more we learn about abiogenesis, the worse it gets. Life only comes from life, so it’s not surprising that evolutionists have been unable to provide any evidence that naturalistic processes could account for the complexity of the first living organism. Evolution would require massive new inputs of information to structure new forms. We also observe major gaps in the fossil record, and animal breeding has demonstrated the limits of genetic change; we find irreducibly complex molecular machines at work in every living organism, and there’s just not enough time for the tools of evolution to work.

Poythress also addressed human origins, pointing out the huge differences between us and animals: Only humans can think abstractly, and there’s a massive amount of genetic difference between us and chimps.

Poythress closed by pointing out that there are two main frameworks for science: 1) a materialist philosophy, or 2) a theistic philosophy. Theistic evolution, however, seems to appeal to both, compromising one for the other. So it’s not surprising that Poythress favors Biblical theism, believing that God created man in his image.

Likewise, I see no logical reason to believe in theistic evolution. There are too many problems scientifically and theologically. If theistic evolution were true, for example, then what can we really know about this being or entity? Can he really be called God (or god)? And how powerful and knowledgeable is he? We obviously couldn’t accept the God of the Bible without completely redefining him and reinterpreting Scripture to fit our personal beliefs of what we think God should be, and that’s problematic because it places man as the authority over God and waters down our faith. How can we possibly know God’s purpose (for him or us)? And what do we need him for if he wasn’t involved in our existence? And even if one accepts that God guided evolution in a way that’s undetectable, how does that differ from an atheist who doesn’t believe God exists in the first place? I’d argue that there is no tangible difference, so why bother believing in God at all? What’s the point if there’s no difference?

This is why I think it matters for professing Christians to accept the Bible’s claims, beginning from the very first verse, Genesis 1:1. If we accept God’s revelation and his claims regarding creation, then we have a firm foundation and a basis for understanding the origin of sin and our need for a savior- Jesus Christ. To this end I reject evolution and favor Biblical creation on both scientific and theological terms. Science and creation compliment one another when properly understood. 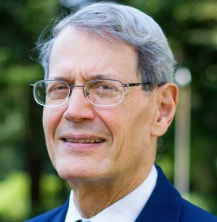