Teaching Creation and Evolution in the United Kingdom

The United Kingdom has strengthened its ban on the teaching of creation as fact through a series of documents produced by the UK Department of Education. The new science standards are clearly biased and discriminatory, so it’s ironic that the document indicates that it wishes to eliminate discrimination, advance equality, foster good relations between persons, and provide a broad and balanced curriculum. Clearly, such good intentions aren’t serious when it ignores its own mandates and proceeds to discriminate against those who believe in creation over evolution. Rather than fostering good relations between persons, they’re actually sowing discord, along with a narrow, unbalanced curriculum.

In addition, such a mandate violates academic freedom and is outright censorship. The document explicitly requires that students be “taught about the theory of evolution,” and that teachers may not teach creationism as scientific fact. It imposes the idea that those who are in power can express their beliefs, while at the same time prohibit competing theories, such as creation, even if they’re overwhelmingly supported by the scientific evidence. 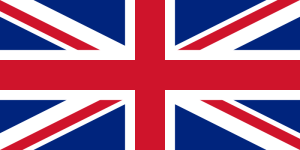 The document defines creation as any doctrine or theory which holds that natural biological processes cannot account for the history, diversity, and complexity of life on earth, and it prohibits the teaching of anything that “rejects the scientific theory of evolution.” Thus it advances the idea that the doctrine or theory evolutionism is the only scientific theory that may be taught, even if it’s wrong and grossly unscientific.

The document explains that the reason they’re imposing this agenda is because they believe creation is rejected by most mainstream churches and religious traditions and the scientific community. Of course I’d challenge that notion on several grounds. Firstly, science isn’t determined by a majority vote or consensus. Even if they’re correct that creation is rejected by most scientists and those in the church, that’s irrelevant to science. Scientific truth is based on observation and experimentation, not consensus. Evolution, in fact, doesn’t even qualify as a scientific theory; it’s not a proven fact and shouldn’t be promoted dogmatically. It would be more accurate to say that evolution is an unsubstantiated hypothesis or conjecture; there’s no scientific observation or experiment demonstrating that evolution is responsible for all life on the planet as we know it, or that every organism on the planet is related to a single common ancestor. If anything, consensus inhibits the scientific process by insisting everyone else jump on the bandwagon and stop searching for competing truths. For example, scientists once believed in “junk DNA”, claiming that certain areas in the DNA had no function; but such beliefs prevented scientists from studying this part of the DNA for decades. Now scientists understand how important these areas are in diagnosing and treating diseases.

It stands to reason, therefore, that if we were to ban every scientific idea in the minority, real science would be choked to death- people would be forced to believe many outdated, incorrect scientific principles that have been overturned based on new evidence, or an alternative interpretation.

Once upon a time we used to believe there were nine planets in our solar system; this was a truth believed by mainstream scientists and most people. But somehow the minority view challenged that truth and changed our understanding. We now “know” that there are eight planets in our solar system. The appendix is another example; it was once thought to be a useless organ left over from our ancestors. But now we know it’s an important part of our immune system, able to hide beneficial bacteria when dangerous germs take over the gut. If we used the UK’s standard of censorship in all areas of science, doctors would still be removing our appendix for no other reason than it’s a useless, evolutionary leftover.

If, for the sake of argument, creation was true and evolution false, the document makes it impossible for the truth to be taught, but rather only allows for the teaching of false ideas, indoctrinating a whole generation of students.

In addition, censorship isn’t something to be taken lightly. Even if one believes evolution to be true, how does it benefit society to prohibit a legitimate belief system, such as creation? It may advance one’s particular political agenda, but indoctrination creates a society that can’t think rationally or critically, and is therefore easily controlled. So the benefit of this mandate is purely political and not in the best interest of education or the population as a whole. Students should be allowed to question evolutionism and examine alternatives. What could possibly be wrong with that? Sure, it may create competition for evolutionists, but competition is good, and that will propel science further, rather than inhibit it. So, if this were truly about science and education, there would be no censorship. We’d let the science lead us into the future rather than allow a political agenda to determine which direction science will go.

I think the government is really afraid that, if left unchecked, more people will believe in creation, while evolution would lose its grip. The people would have a much stronger understanding of what evolution is and what it isn’t, and that wouldn’t serve those in power.

Despite all this, some critics may still express the old canard that science will suffer and we’ll have an illiterate population that can’t make advancements in technology and medicine. But that argument has been refuted for years. Many creation scientists have made advancements in technology and medicine, despite the naysayers. In the recent Ken Ham vs. Bill Nye debate, Ken Ham introduced a number of creation scientists, such as Dr. Stuart Burgess and Dr. Raymond Damadian, who have done exactly what the critics claim isn’t possible… advance science through their inventions and technology. So that should be another blow to evolutionary beliefs- they must resort to straw-man arguments and falsehoods in order to maintain a grip on society and steer it in a direction they can control.

It’s my hope that the United States doesn’t follow the UK’s lead, but rather allows for critical thinking and academic freedom in all areas of science, including creation and evolution.

6 thoughts on “Teaching Creation and Evolution in the United Kingdom”