Did the Big Bang Really Happen?

Does anyone really know how the universe began? Well, that’s a loaded question on many levels, and the answer depends on a number of factors: what worldview we ascribe to, our political beliefs, and the amount of confidence we place in our senses and our ability to ascertain truth.

Could it be that the answer to this question is more philosophical than scientific? I think most people would be surprised about how much of what they ‘know’ to be true is untrue… whether it’s related to science, religion, politics, or something else.

The headline of this article in Salon says it all: “Everything we know about the Big Bang could be wrong”.

“The big bang today relies on a growing number of hypothetical entities, things that we have never observed– inflation, dark matter and dark energy are the most prominent examples. Without them, there would be a fatal contradiction between the observations made by astronomers and the predictions of the big bang theory. In no other field of physics would this continual recourse to new hypothetical objects be accepted as a way of bridging the gap between theory and observation. It would, at the least, raise serious questions about the validity of the underlying theory.”

Nonetheless, the Big Bang is touted as settled science according to many evolutionists and those who deny a supernatural, Biblical origin. Despite this perceived mindset, the Big Bang has been rejected by a large number of scientists based on evidence.

I don’t entirely agree with the authors in this study, but they make some valid points. The Big Bang is riddled with flaws, thus the need for a new model… one that doesn’t incorporate hypothetical entities and can account for the data. The new model, referred to as Cosmology from Quantum Potential, made some quantum corrections to an equation so that it would fit Einstein’s general theory of relativity, and it implies that there never was a singularity. Thus, there was no beginning, and it would mean the universe has been around forever.

Their conclusions are interesting, but all the naturalistic explanations for the origin of the universe remain flawed. This model, for instance, also relies on theoretical particles, such as gravitons, so it’s not without its own problems.

Supporters of the Big Bang would argue that, while it does contain flaws, it remains the predominant theory because there’s no better model available, and it will continue to be the accepted theory until a competing one garners enough support to knock it off.

I think there’s a sliver of truth to that, but even if there is a better theory (and I think this one is better), supporters of the Big Bang aren’t going to let it go without a fight. As with any reigning paradigm, there will be resistance to change. Some scientists have vested their careers and reputation into it.

One of the things I like about this new theory- even though I don’t agree with it- is that it highlights a bigger issue found in secular science: it’s steeped in naturalism. What I mean is, there are a large number of scientists (and laypeople) who proclaim themselves to be part of a consensus, and because they maintain the bully pulpit and are vocal, they get to decide what is or is not accepted science, regardless of evidence. For instance, there is no tolerance for a supernatural origin in which God created the heavens and the earth as described in the Bible. Only naturalistic explanations are accepted, even if none are consistent with the evidence, and the Biblical explanation were. These scientists aren’t interested in following the evidence wherever it leads because of their commitment to naturalism. As evolutionary biologist Richard Lewontin said,“materialism is an absolute, for we cannot allow a Divine Foot in the door.” In other words, even if God were the only rational explanation, he must be rejected in order to maintain a secular belief system disguised as science- scientism.

Now, some secular scientists may claim that even though current naturalistic theories are incomplete, future scientific studies may resolve all those conflicts. Oh, such faith in man. But, even if we accept this a premise, that doesn’t settle anything. Coming up with a clever explanation doesn’t make it true. It may be that someone will come up with a plausible explanation that satisfies enough scientists, but such a theory could never be confirmed; it would have to be accepted by faith, just like the Big Bang.

My point is that God’s creation as described in the Bible is consistent with the scientific evidence and can be substantiated to a higher degree than any secular theory. Right now, there is no secular cosmological model that stands up to scrutiny. All have failed. And, while there’s no reason to believe that that will change in the future, many hold out hope.

Critics may argue that a supernatural creation is bad science because it inhibits further scientific research. But such claims are bogus. If that argument were sincere, then no one would be trying to come up with a better model than the Big Bang, which is considered settled science. If anything inhibits the pursuit of science, it’s the mantra that something in science is settled. Secular science also inhibits real science when it resorts to inflammatory rhetoric, ridicules its opponents as ‘anti-science’, smears them with names, or claim that one can’t be a true scientist if they believe that ‘God did it’.

The bottom line is that all these critics of the Big Bang testify to the inherit weakness of the theory. And as one who believes in God, I believe his creation and design is the best explanation for our universe. We can know how the universe began, and we can know there was a beginning because God revealed our origins in the Bible. Only God doesn’t need a beginning. 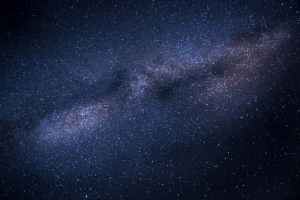 4 thoughts on “Did the Big Bang Really Happen?”