2: The problem of abiogenesis

For consistency, I’ll provide a working definition of evolution. I think the reason why some people do believe in evolution is because they have an incorrect understanding of what it is, and many have incorrectly redefined it as any kind of change in an organism. Evolution is the belief that all living organisms are related to a single common ancestor (Common Descent), and that new body forms arise over time as a result of selective forces, such as mutations, gene transfer and natural selection, resulting in new kinds of organisms (for instance, a non-feathered dinosaur evolving into a bird).

I consider Reason One to be most sufficient. I believe in God, and I believe the Bible is God’s revelation, so, naturally, I believe what it says:

Of course, an evolutionist (atheist or theist) isn’t going to accept this. A theistic evolutionist, for one, will contend that the Bible has been misinterpreted, and that science has proven evolution to be true. An atheist will simply reject the Bible out-of-hand as mythology and deny that it has any credibility, especially when it comes to science.

But I don’t think either of these refutations has any merit. The Bible couldn’t be more-clear that animals reproduce after their kind (it’s repeated seven times), therefore, all living organisms couldn’t be related to a single common ancestor. If God actually intended to reveal that all living creatures evolved from a single common ancestor, then he could have used plain language to communicate this. There’s no misinterpretation, and there’s no good reason to suggest that Genesis is an allegory meant to express certain truths, or poetic language that has nothing to do with reality. And since the Bible stands up to scrutiny (archaeological evidence), it’s unreasonable to conclude that any of it is mythological.

Finally, I’d suggest that both the atheist and theist have an unhealthy view of science, for they have deified it, adhering to a form of scientism- using the methods of science to explain everything, as if science were infallible. But science is a process that involves hypothesis, observation, and experimentation. And since this is all done by fallible human beings, it’s easy to see how science can get things wrong, especially that which is unobservable. Science cannot prove or disprove evolution.

The second reason why I reject evolution is based on the concept of abiogenesis. Abiogenesis is the belief that life spontaneously appeared on earth, or elsewhere in the universe, by some unknown, natural process. However, one of the most fundamental laws of nature tells us that life only comes from life. There are no known examples of life appearing as a result of natural processes; and there are no experiments (including Urey-Miller) suggesting otherwise. And without life, there can be no evolution.

But now a fairly recent phenomenon has emerged where evolutionists contend that we CAN ‘see evolution in action’. But don’t be fooled… this is a bait-and-switch tactic. Evolutionists, realizing that the failure to observe evolution produces skepticism, have changed their mind; now we CAN see evolution in action, and they’ll provide examples, like the changes found in bed bugs, hybrid mice that are immune to pesticides, the clepto sea slug stealing genes, dog breeding (notice the giant size of a Great Dane), moths of different colors, antibiotic resistance, and fish that are immune to toxic pollution. 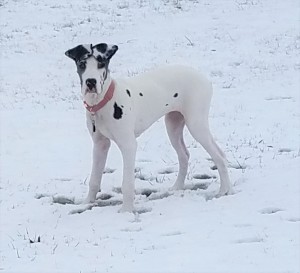 The problem with these examples is that none of them actually demonstrate evolution. Every instance is an example of natural selection. In every case, there’s no new information, no new body forms, and never a new kind of organism. Dogs are still dogs, slugs are still slugs, mice are still mice, etc. Never do we see dogs becoming anything other than a dog. But if evolution were true, then we should see them evolving into new kinds of animals.

The fourth reason why I reject evolution is because we actually see organisms devolving. All organisms, including humans, are being degraded and experiencing more and more mutations; we’re becoming less fit as we accumulate defective genes that cause cancer and other deformations. Evolutionists would have you believe that mutations drive evolution, but we observe just the opposite.

Lastly, there’s simply not enough time for organisms to have evolved from the first living organism to the diversity we see today. Modern humans and chimps couldn’t have evolved and split from an unknown common ancestor some 6-9 million years ago. In order to make this work, evolutionists claim that there’s only 1% genetic difference between chimps and humans. If true, they assume that would allow for some level of plausibility. But that claim is not true. The actual difference between human and chimp DNA is closer to 23- 30%, making 9 million years unreasonably too short. The same argument can be made with other organisms where common descent is assumed.

There are plenty of other reasons why I don’t believe in evolution, but I figured these five reasons are a good start.